Have Cats Been Playing the Met?

Thanks to mice who snuck in for free, the Metropolitan Opera House in New York racked up 13 health code violations in April. Who ever knew vermin are into opera? Imagine what notes a soprano could hit if a mouse ran up her leg onstage.

A rodent’s home is his castle – literally.

The Department of Health and Mental Hygiene found signs of rodents in both food and non-food areas. But to put this in perspective, they say the average NYC restaurant earns 15 points. So the mice must have shown at least some class in their posh surroundings by not leaving crap on everything.

A spokesman for the company that runs the Met’s Grand Tier Restaurant said “procedures were put in place” to deal with the little visitors, but no one knows what they are.

If they were smart, they hired cats instead of Terminex® for the job. We’re clean, quiet, odorless (at least, the non-sprayers), and use no harmful chemicals. If in the mood for a nosh, we’ll throw in carcass disposal for free.

Often, all it takes is the presence of a few cats in a place to send the little pests packing. They can’t stand us because we’re bigger, smarter, adored by humans who love to hear us purr, and have nicer tails.

The building was inspected again this week and seemed rodent-free, but the Met isn’t saying how they did it. If they want to keep it that way, they need to set up a comfy bed and litterbox somewhere on the premises and bring in a resident exterminator.

What you don’t know about claims coding could cost you.

I had a long-delayed bone scan a few weeks ago, which was $220 on the spot if my insurance didn’t cover it. So I called my insurer, Anthem, to see if it was covered.

Anthem told me that routine bone scans aren’t subject to my deductible and are covered at 80 percent. I’d be responsible for the $40 co-pay plus 20 percent.

This week, Anthem’s “Explanation of Benefits” denied the claim, but knocked $80 off the original price, leaving me on the hook for $140. I’d have paid this if I hadn’t talked to Anthem before the scan, just assuming that everyone involved knew their job and had done it right.

Instead, I decided to find out what gives.

Anthem told me the doctor’s office coded the claim as a “diagnostic” scan for a “disorder of bone and cartilage unspecified.” That isn’t covered, but goes toward my deductible. However, “routine” scans are covered, as I was originally told.

I next phoned the doctor’s office. They said, “Unless you tell us to submit it as routine, we always make these claims diagnostic because that’s what most insurance companies will pay for.”

So now I’m supposed to know how to code claim forms and coach the doctor.

But they did readily agree to recode the claim and resubmit, which should save me $128 after I pay 20 percent.

The lessons here are 1) that you should question every charge because you could be paying big bucks for nothing, and 2) that most physicians will cooperate when it comes to getting insurers to pay up because there’s no love lost there.

And after the wringer Anthem Underwriting just put me through, the last thing I want in my file is an “unspecified bone or cartilage disorder” when my policy renews. 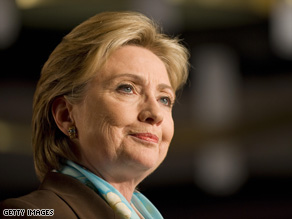 A gun probably wouldn’t be her weapon of choice, but then again, you never know what the Clintons might do, especially if they think they can get away with it.

A burning desire to destroy Obama is the only logical explanation for Hillary’s refusal to accept the math. According to Tim Russert and many others, she can’t win enough remaining delegates to cinch the nomination. So she must be expecting some career-ending “accident” to take out Obama, allowing her to step in and “save” the Democrats.

We’ve seen Hillary getting misty-eyed for women (she fooled me with that one), chugging boilermakers with the boys and, most recently, telling Puerto Rican churchgoers that faith fuels her impossible quest.

About the only thing we haven’t seen is Hillary on her knees servicing superdelegates – à la Monica Lewinsky – to earn their support.

She obviously hates Obama so much, she’ll do anything to stop him. Why else would she continue to dog him so John McCain can play the dignified elder statesman watching two pigs mud-wrestle?

Russert says the race is over next Tuesday, when Obama will have enough delegates. That is, unless Hillary ups the ante by pulling the fifth ace out of her sleeve and somehow getting her rule-breaking Michigan and Florida delegates fully reinstated.

Hillary’s core supporters are older white woman and – let’s put it bluntly – stupid people. According to her, they should be the deciders. Forget Obama’s more educated supporters and all the progressive-thinking, less judgmental young people he’s attracted into politics for the first time.

Since Hillary’s grip on reality is growing more tenuous every day and no one knows when she might snap and try to act out her fantasy, Obama should consider beefing up security and getting a restraining order.

Sex & the City Suspense is Killing Me

Harry Potter trained the media to stay pretty mum about Sex and the City: The Movie, so I’ve been stewing over this bit I found in this interview with Sarah Jessica Parker:

But some of her scenes in the film were difficult to handle as well, because before it ends, Carrie is plunged into a life crisis far more intense than anything in the television series. Parker was unprepared for the personal stress these sequences caused her.

“The harder stuff, the emotional stuff Carrie has never experienced before, was just very painful,” she admits. “It was surprisingly upsetting. But it was the role of a lifetime – I wouldn’t have run from it. I ran toward it completely, but it was very sad to see this happen to her. I was so proud and shocked and relieved that a studio let us tell that story. But it wasn’t easy.”

Screenwriter Michael Patrick King swears all the rumors of a death are untrue.

SJP can’t be talking about some trauma with Big, because she got plenty of practice breaking up or getting dumped by him during the series.

Is she just being melodramatic? Or could she at last be sprouting a family and a past that comes back to haunt her in a horrible way?

The movie premieres in New York tonight and opens all over Europe tomorrow, but American fans must wait until Friday to have this burning question answered.

Then once it is, what will I do with the rest of my summer?

Vista SP1: Another Scourge from Microsoft

Once again, Microsoft offers the fix to launch a thousand problems. If you see Service Pack 1 coming, take your PC and RUN the other way.

My mother wanted a laptop to check e-mail while away on vacation. While helping her find a deal, I noticed Vista SP1 came standard on everything.

(Cue to the Jaws theme here.)

Of course, the biggest snag is Office 2007. It keeps saying “version doesn’t match.” Yesterday I tried to download a 218-MB “Office SP1” update that failed midway.

But hope springs eternal. As I type this, I’m downloading 300 MB of Microsoft updates, praying they’ll fix something.

In my book, Bill Gates stands right behind Bush and Cheney as the world’s most evil influences.

Microsoft’s motto should be “Bend over.” Their products are always so bloated and buggy, they sustain a vast third-party support industry that troubleshoots, works around, and documents their infinite deficiencies.

And now after bilking the world out of billions of dollars – partially our own fault because we let his inferior, execrable operating systems become the “standard” – Gates has turned philanthropic.

I hope he’s establishing a large foundation to rehabilitate the hapless souls being driven mad trying to get a Vista PC up and running.

I endured similar agony last August without SP1 when I replaced my own desktop system and laptop. Switching from XP to Vista meant rebuying every software application. Some that were supposedly “Vista-ready” still don’t work right.

And now that I’ve seen Vista’s first major “fix,” I know my next computer will be a Mac.

Anthony Bourdain’s turn as head judge in the “Restaurant Wars” episode of Top Chef left me scratching my head.

I first noticed a difference in him on David Letterman in March. He was there with Ottavia, and his interview and demeanor seemed so subdued, I wondered if they’d been fighting.

Now after Top Chef, I’m sure he’s off his game. Describing Lisa’s Mango Sticky Rice as “baby vomit garnished with potpourri” was classic, but the best he could do with Dale’s Butterscotch Miso Scallops was that the plate looked like a “melted candy bar?”

Dale and Lisa had the poor judgment to go with an Asian theme, knowing Tony, an expert on Asian cuisine, could rip them to shreds. But Tony really didn’t take the bait, even though all their dishes were bad. And then he sent Dale packing, even though Lisa’s shown at least twice that’s she incapable of cooking rice but always blames it on sabotage.

What was he thinking?

To answer my own question, I don’t think success has spoiled Anthony Bourdain. I think it’s his new, kinder, gentler lifestyle. Becoming the patriarch of a very young family may be killing him – on several levels.

People have written nasty comments here about Tony’s former wife, Nancy. But I wish she were still around. Married to Nancy, he wrote the scintillating, hilarious Kitchen Confidential, A Cook’s Tour, and several novels, and earned his reputation as a snarky adventurer on TV.

Post-Nancy, he wrote The Nasty Bits, which wasn’t as well received. And with Ottavia, he basically produced photo captions for No Reservations: Around the World on an Empty Stomach, a book that would have greatly benefited from more text.

For better or worse, something about his relationship with Nancy seemed to give him the edge that made him famous. Now I’m wondering if he has – deliberately or not – put his best days behind him.